At least two workers were trapped beneath fallen scaffolding and concrete at a construction site in Sydney’s north....

At least two workers were trapped beneath fallen scaffolding and concrete at a construction site in Sydney’s north.

A disturbing description of a construction site run by the same company at the centre of yesterday’s tragic scaffolding collapse was posted by a tradie three years ago.

Rouzbeh Abadan, who worked as a painter on Ganellen’s $80 million Discovery Point residential tower project at Wolli Creek in southern Sydney, wrote a scathing article about scaffolding safety conditions in 2016 — saying there was “chaos” and people could have “easily fallen to their death”.

“Instead of clearing the scaffolds, the bosses leave piles of hazardous materials and rubbish on the platforms,” he wrote in the piece for left-wing publication Red Flag.

“To save money, the builders also try to dismantle the scaffolds as soon as possible.

“As a result, scaffolders are forced to disassemble the platforms almost at the same time as the cleaners, window installers and painters are doing final touches. It is chaos.”

It’s believed the scaffolding in yesterday’s accident at Macquarie Park was in the process of being removed as the project neared its completion.

Mr Abadan wrote that standard practice on the project he worked on in 2016 would be to remove the mesh safety screen from the scaffolding first.

“(That) would leave almost a one metre gap on the outer side of the scaffold through which anyone could easily fall to their death,” he wrote.

“Everyone was complaining about safety and lack of clean water and acceptable amenities.”

Mr Abadan then wrote that a union representative was called in and the workers took a vote to not return to work, and the safety and hygiene problems were quickly fixed thereafter.

Yesterday, Christopher Cassaniti, 18, and another man, 39, became trapped beneath a mountain of twisted steel and cement bricks after a horrific accident at a separate Ganellen development project in Macquarie Park just after 12.20pm.

A spokesman for Ganellen told news.com.au it would not be commenting on earlier incidents at other sites, saying: “At this time our focus is on providing assistance to the people, families, friends and co-workers affected by this tragic incident.”

“The welfare of our thousands of employees and subcontractors remains our priority,” the company wrote in an updated statement this morning.

“In 20 years of operation we have never before had a fatality on site, so this incident is devastating.

“We will continue to assist emergency and investigative authorities in any way requested while at the same time looking after our people.”

However, this morning CFMEU construction and general national secretary Dave Noonan said yesterday’s death was caused by a “catastrophic failure of a scaffolding”.

He added that incidents like yesterday’s shouldn’t happen if scaffolding is erected, maintained and loaded property.

It is not yet clear how yesterday’s accident happened.Source:Supplied

“Scaffolds are working platforms for workers to work safely off,” Mr Noonan told the Today show. “If they are erected safely, maintained properly and loaded properly and within their capacity then they do not collapse.”

SafeWork NSW and police are now trying to work out why the scaffolding at the $220 million Lachlan’s Line apartment complex collapsed.

Mr Cassaniti was crushed to death on Monday after scaffolding, 15 to 17 metres in height, collapsed on him and a co-worker at the construction site.

Paramedics were initially unable to reach the formworker who was trapped under rubble and was pronounced dead at the scene a few hours after the incident.

His colleague, a 39-year-old man, suffered injuries to his lower body and was taken to Royal North Shore Hospital where he remains in a stable condition.

Days before the incident Mr Cassaniti’s mother sung the praises of her son, who turned 18 last Wednesday.

“We wish you all the best that the world can dish out and May God be forever in your heart and bless you with much joy, happiness and most importantly health,” she had posted to Facebook.

“You were a fantastic bloke and had a heart of gold,” Benjamin Betros said.

“You have been my friend since the first day of kindergarten .. words can’t express how much this hurts. You were full of positivity, always smiling, always seeing the best in everyone,” Bella Mineo said.

Fragments of COVID-19 have been detected in sewage at four more sites in Queensland. Queensland… 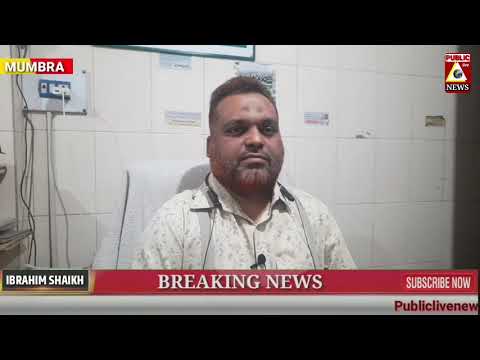 Nairobi, 22 January 2021 – ‘Reset Earth’ is an innovative educational platform for adolescents about…

Geelong’s innovative manufacturing start-up FormFlow is set to optimise its metal-bending, thanks to Industry 4.0-enabled…

Fragments of COVID-19 have been detected in sewage at four more sites in Queensland. Queensland…