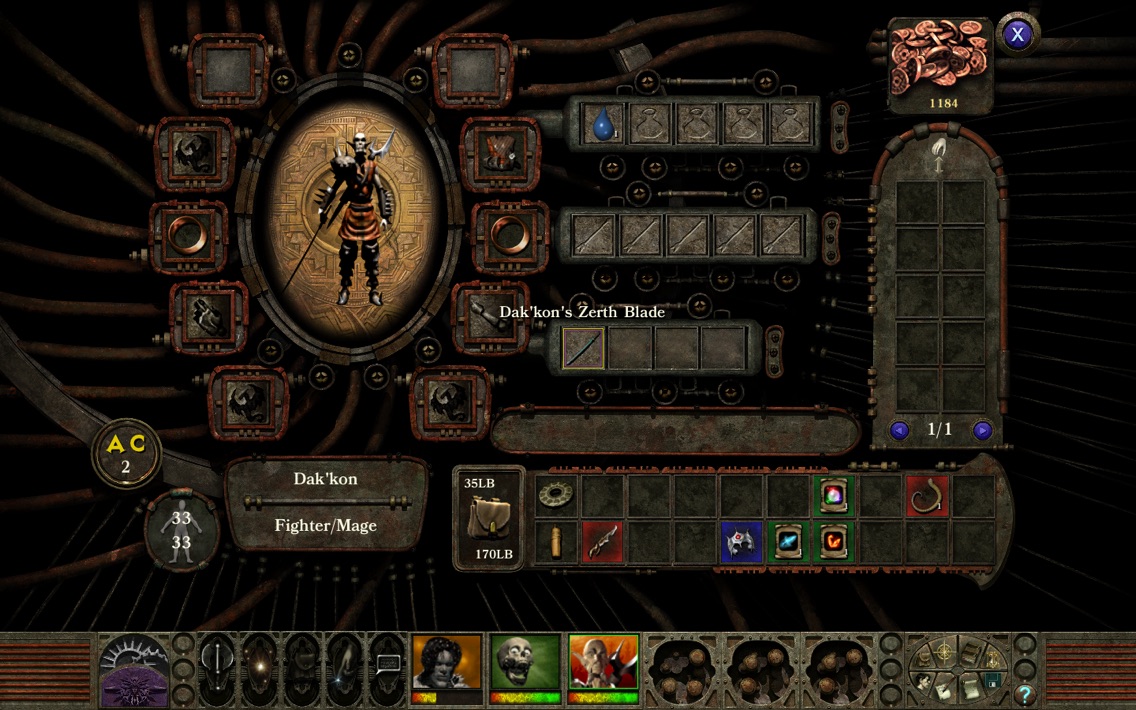 The original Planescape: Torment was released in 1999 to widespread critical acclaim. It won RPG of the Year from multiple outlets for its unconventional story, characters, and amazing soundtrack. Since then, millions of Planescape: Torment fans have enjoyed exploring the strange and dangerous city of Sigil and surrounding planes.

Despite blazing reviews, Interplay's formidable marketing machine, and many accolades of '1999 RPG of the year,' Planescape: Torment did not achieve the same commercial success of Baldur's Gate.

Perharps some of reasons for poor sales are the fact that there were quite a few bugs in the initial release, the sheer amount of text the player had to read, and the fact that the well-known interface from Baldur's Gate was changed into something more difficult to use. Interface tweaks, however, were necessary to make room for the larger and more detailed animations. Or perhaps the leap from the familiar AD&D world of Baldur's Gate to the alien setting and more mature storyline of Torment was just too great for the many followers of Baldur's Gate.

Nevertheless, if you are looking for an excellent RPG with a truly superb storyline that puts the 'kill the foozle' plot of most other RPGs to shame, Torment is a must-have. The game casts you as Nameless, a hero who woke up with amnesia. The catch: you discover that you have become an immortal. A god walking on Earth, so to speak. As you journey into the strange and wonderful world of Planescape, you will slowly learn about your life... and must eventually come to terms with horrible deeds you have committed in the past.

Anyone who has played any Black Isle game will be familiar with the interface - which is very easy to learn and use. There are many keyboard shortcuts for most important actions, and you will quickly get used to keyboard + mouse combination. The graphics is simply superb, and even strangely compelling. One of the most fun aspects of Torment is that the weird setting influences everything from weapons to NPCs and beyond. What other game lets you recruit a talkative flying skull as your companion, and then lets you equip him with different kinds of teeth as 'weapon upgrades'? Like any good RPG, there are plenty of people to talk to, experience to gain, cool magic to wield, quests and sub-plots to enjoy, and dark deep secrets to discover.

Although Torment is not a 'free-form' game in the same way that Morrowind is, it still offers a good range of options and alternate paths - many of which are dependent on your character's alignment, which is in turn influenced by your behavior. You can be anything from a do-gooder to absolute evil - it's all up to you. Your actions will lead you to one of the game's multiple endings, each of which nicely ties together loose ends, but not all of which is wholly satisfying.

With the best writing I have ever seen in an RPG game, Planescape: Torment will leave you deep in thought long after the game is over - that's how profound and fascinating the story really is. Truly a masterpiece, and a must-have for every RPG fan.

I never liked this one as much as everyone else did, but as a hallmark title it is still required playing for RPG enthusiasts.

Planescape: Torment is available for a small price on the following websites, and is no longer abandonware. GoG.com provides the best release and does not include DRM, please buy from them! You can read our online store guide .

Planescape: Torment was also released on the following systems: 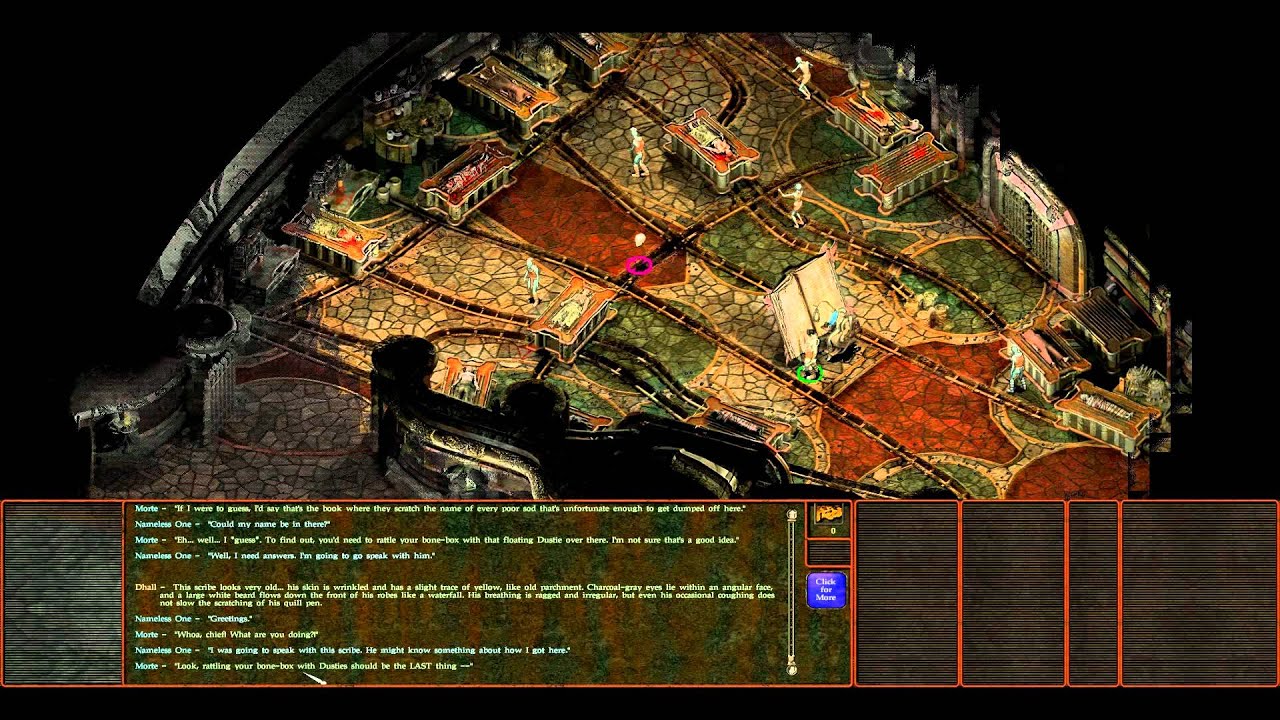 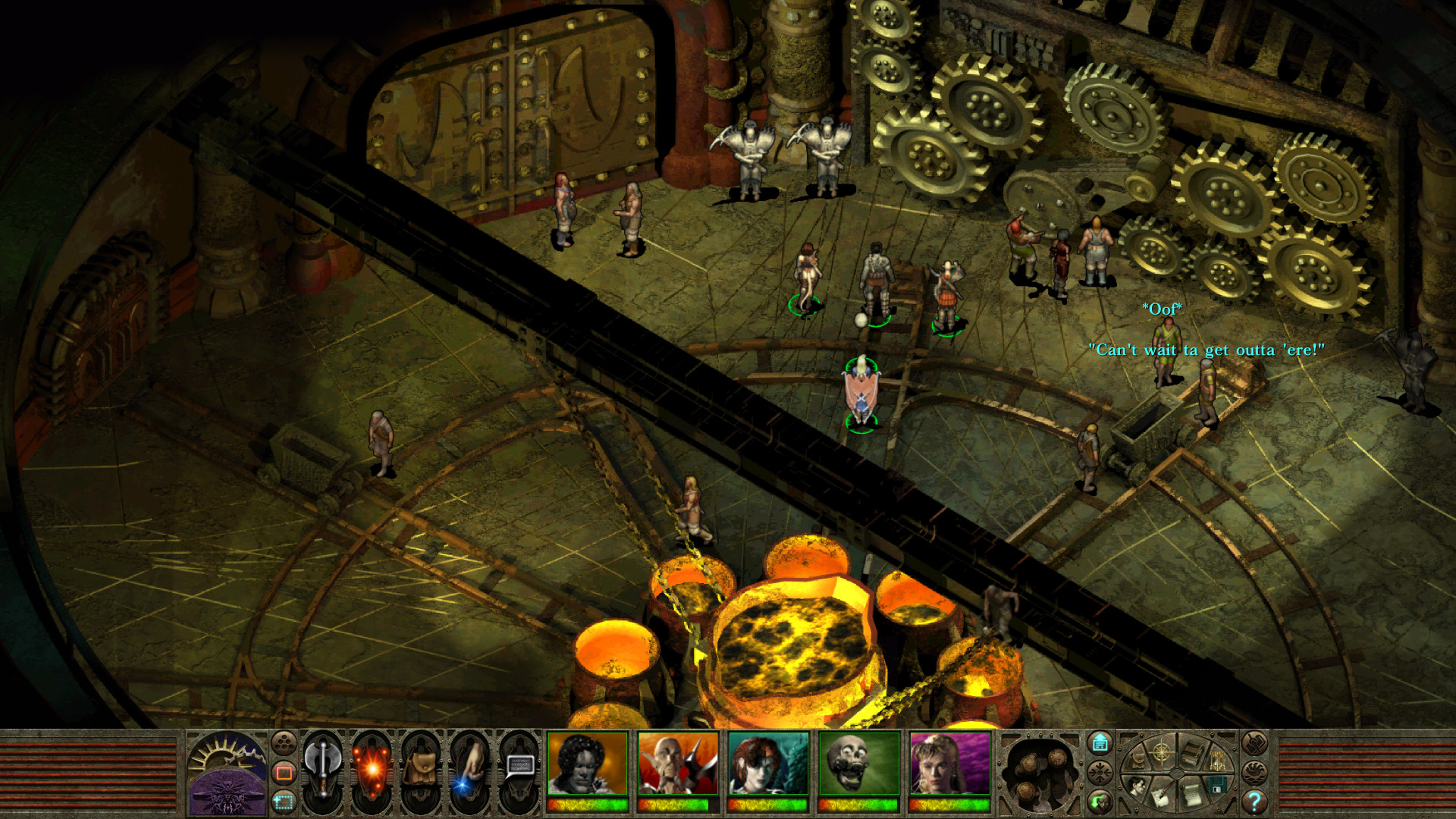