Jujur saja ini game sudah lama banget. mungkin hampir 11 tahun yang lalu. Tapi, btw ini mini games yg TS paling suka forever. bayangin aja, dari kelas 1 smp sampe sekarang kuliah ane msh setia maenin game ini . permainan na asik, seru, pokok na rame dah
So, bwt tmn2 kaskuser monggoh dicoba dulu
Official Website : http://lf2.net/
Sekilas Tentang Little Fighter 2
Little Fighter 2 Chinese: 小朋友齊打交2(LF2) is a popular freeware PC fighting game for Windows and is the sequel to the game Little Fighter (LF1). Little Fighter 2 was created by Marti Wong and Starsky Wong in 1999, and released in a long series of updates.
The game supports up to 4 human players on one computer and a total of 8 characters using online play or computer-controlled opponents. Characters are controlled using the keyboard or a gamepad. All keys can be set via a configuration menu.
The game has a commercially-released sequel, Little Fighter Online. In 2009, in celebration of Little Fighter 2's tenth anniversary, Version 2.0 was released. The update fixed minor bugs and added a gameplay recording feature, a new stage called 'Survival', and a browser toolbar that is not mentioned in the installation process.Version 2.0a was released in late 2009, with only a bug fix.
Gameplay
In LF2, characters can be moved by pressing the respective up, down, left, and right keys. The defend, jump, and attack buttons are used to make the character perform an action. Attacking another character causes him or her to lose HP (health points), represented by a red bar on the heads-up display. Each character also has special attacks that can be activated by pressing a certain combination of keys. Most of these special attacks take up MP (mana points), represented by a blue bar on the heads-up display.
Items may occasionally fall into the screen to assist players. Occasionally, a bottle of beer or milk may drop down from above, which can be drunk to restore health and/or mana (milk restores mainly HP, and a little amount of MP, whereas beer only restores MP). Once a bottle of beer or milk is finished, the character drops it and the empty bottle breaks and disappears. There are also a variety of weapons that can be used in combat. These include knives, baseballs, baseball bats, hoes, crates, boomerangs, and boulders. All weapons take damage in combat and will eventually break.
Game modes 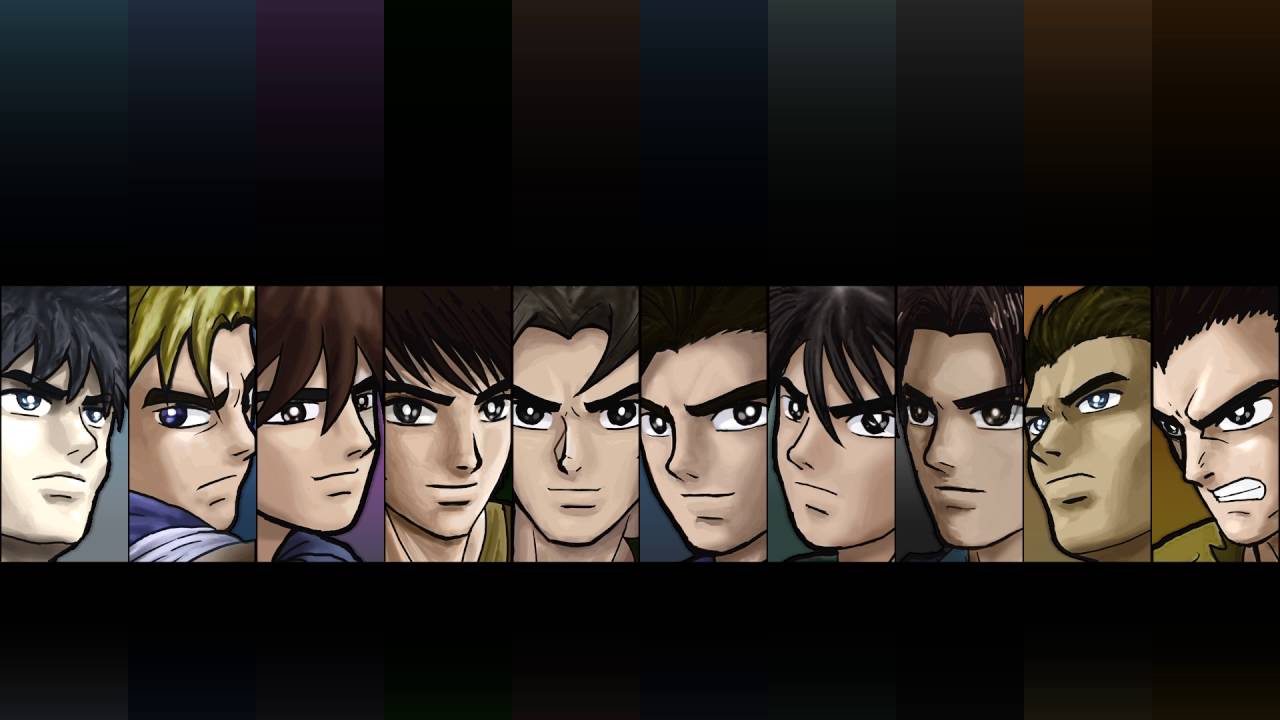 1. VS Mode allows human and computer players to fight each other in a setting of the player's choice.
2. Stage Mode, like in many classic beat-'em-up action games, allows the players to fight their way through five stages, with bosses here and there. You can choose a stage and difficulty at startup.
3. Championship Mode sets up a tournament bracket to determine a winner. You can choose to fight individually, or with a human or computer partner.
4. Battle Mode is a team-based mode involving two sides commanding mass customizable armies of computer players.
5. Demo Mode creates random teams of computer-controlled players, creating a zero-player game.
Difficulty can be set to Easy, Normal, or Difficult for all modes except demo. Additionally, 'CRAZY!' mode can be unlocked when the player types in a secret code ('lf2.net') on the select player screen. The code can be used in VS and Stage Mode. There is also a small online game feature which enables you to connect and experience any of the modes listed above with another person via IP address (public IP), using port 12345. This only allows connection to one other computer.
Version 2.0 added Playback Recording, a new mode that allows for playback of recorded gameplay. It also added Survival Stage, a new independent stage in Stage Mode, in which players fight their way through as many waves of opponents as they can before they die. A new cheat code was added in Little Fighter 2 v2.0 that refers to Marti Wong's new game 'Hero Fighter', that unlocks all the function keys in 'Stage Mode'.