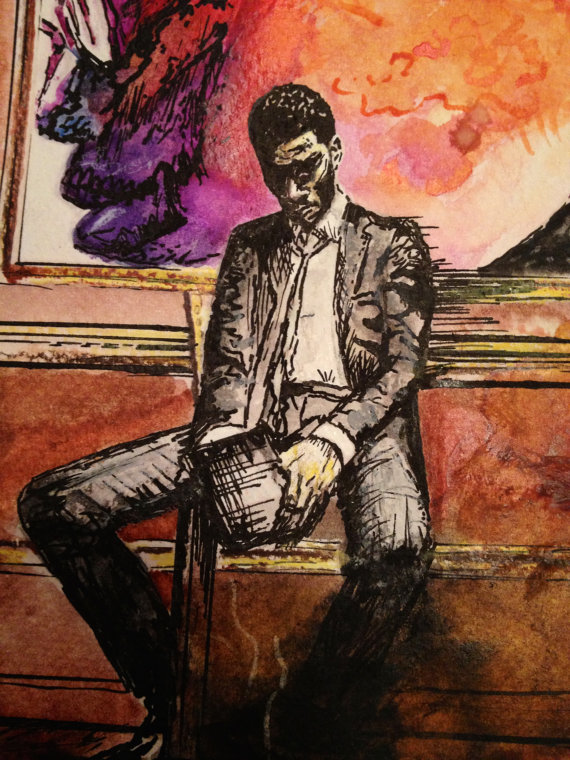 A decade later, Kid Cudi has returned to outer space. At midnight on Friday, December 11, the rapper and actor dropped his latest album Man on the Moon III: The Chosen.

The album is a follow up to Cudi’s Man on the Moon II which he released in 2010 and features collaborations with late rapper Pop Smoke and indie darling Phoebe Bridgers, Skepta, and Trippie Redd. While Cudi’s got a cool array of collaborators on Man on the Moon III, one of Cudi’s longtime collaborators, Kanye West, is notably absent from the album, not producing any on the tracks.

Kid Cudi Man On The Moon 3

Along with the new album, Cudi dropped a music video for his track “She Knows This” where the actor gets lit in a flashy apartment all by himself as an incredibly red moon hangs in the window behind him. In the middle of the music video, Cudi, who’s set to star in the film adaptation of Brandon Taylor’s debut novel Real Life, shows off his impressive acting chops, going full Will Smith in I Am Legend at one point.

However, while he may be a multi-hyphenate, Cudi is still the emotional rapper we know and love, closing out his album with his daughter, Vada, whispering into the mic “to be continued.”