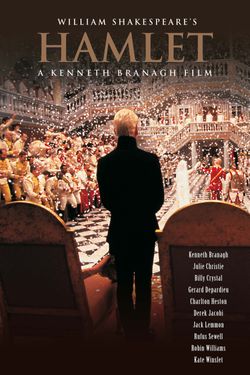 Kenneth Branagh ('Harry Potter and the Chamber of Secrets,' 'The Road to El Dorado') writes, directs and stars in this four-time Oscar-nominated classic Shakespeare saga about the melancholy Dane.

In Polonius’s chambers, Laertes says good-bye to his sister, Ophelia, and tells her not to trust Hamlet’s promises of love. Polonius joins them, sends Laertes off, then echoes Laertes’s warnings to Ophelia, finally ordering her not to see Hamlet again.

The Ghost tells Hamlet a tale of horror. Saying that he is the spirit of Hamlet’s father, he demands that Hamlet avenge King Hamlet’s murder at the hands of Claudius. Hamlet, horrified, vows to “remember” and swears his friends to secrecy about what they have seen.

In Gertrude’s room, Polonius hides behind a tapestry. Hamlet’s entrance so alarms Gertrude that she cries out for help. Polonius echoes her cry, and Hamlet, thinking Polonius to be Claudius, stabs him to death. Hamlet then verbally attacks his mother for marrying Claudius. In the middle of Hamlet’s attack, the Ghost returns to remind Hamlet that his real purpose is to avenge his father’s death. Gertrude cannot see the Ghost and pities Hamlet’s apparent madness. After the Ghost exits, Hamlet urges Gertrude to abandon Claudius’s bed. He then tells her about Claudius’s plan to send him to England and reveals his suspicions that the journey is a plot against him, which he resolves to counter violently. He exits dragging out Polonius’s body.

All other parts were played by members of the company. 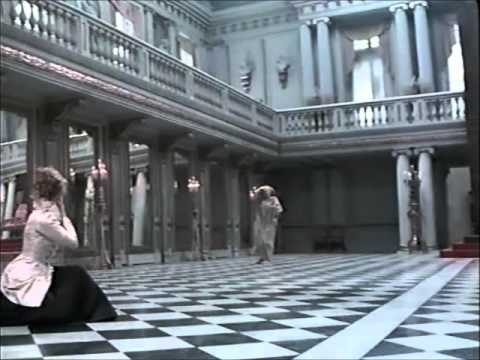 In partnership with Simon & Schuster Audio